Join Springfield African American Read-In on Friday, February 28, 2020 and Saturday, February 29, 2020 to hear rich stories as told by Gladys Caines Coggeswell, famed storyteller and author of the book Stories from the Heart: Missouri’s African American Heritage. Ms. Coggeswell is recipient of the Distinguished Achievement Award by the Missouri Humanities Council. In Springfield, Ms. Coggeswell will share stories that she has collected professionally over many years, as well as stories that were told to her by her great-grandmother. A storytelling presentation will be held at the Library Station (2535 N. Kansas Expressway, Springfield, MO) on February 28, 7:00 p.m. – 8:00 p.m. that is free to a general public of all ages, children and adults. On Saturday morning, 9:00 a.m until 12:00 noon, at the Springfield Art Museum (1111 E. Brookside Dr., Springfield, MO) Ms. Coggeswell, with her apprentice Ms. Angela Williams, will facilitate an interactive workshop titled “Developing and Telling Family Stories.” The free workshop is appropriate for amateur and professional storytellers, as well as young adults with an interest in storytelling.

This event is part of the Tenth Anniversary Celebration of the Springfield African American Read-In.

AG Ford, the illustrator of best-selling children’s literature, will discuss his work, the process of making picture book art, and becoming an illustrator during two free Springfield events.

Books will be available for purchase at the events.

The art of AG Ford has appeared in over 30 books published for children, including “My Daddy, Dr. Martin Luther King, Jr.” and “Malcolm Little: The Boy Who Would Grow Up To Become Malcolm X,” both featured titles in the traveling exhibit Telling a People’s Story: African American Children’s Illustrated Literature that is being shown in Springfield. 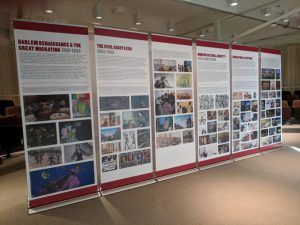